Referencing If You Market Podcast Episode #155: How to Win, on Purpose, with Jose Palomino

Have you ever wondered about creating a business, having a name for it, and all but not knowing how to execute it all? On this episode of If You Market Podcast, Sky Cassidy chats with Jose Palomino of Value Prop Interactive and tackled how Value Prop helps B2B companies struggling with sales growth win more, do more better business even in commoditized markets, and the company’s goal which focuses on success versus changing the world and basically, just how to win it.

We have been there, having this business all planned out but was it really a plan? Or it will most of the time just go, “run and see what happens”? This is where Value Prop comes in. “Business growth on purpose.” the company’s tagline, as Sky has mentioned, has quite a good ring and catch to it. The backstory according to Jose, in their almost 15 years in the business, they have encountered often small to mid-markets not having a strategic plan for their business because most of these think that it is only for the big-shot companies. Value Prop’s mission is to make strategies and growth accessible for everyone regardless of their position in the market hierarchy. This battles the said mindset that a long-term plan is only for huge companies: on small to mid-market, they tend to just do this and do that, attend and spend on trade shows, just the usual or basic stuff. It’s not that it is bad, or maybe they do make a good market ut of it, but it is still so much better having an intentional plan.

Jose mentioned how there has been, or there still is, disservice with the small to mid-market businesses. In a vast sea of best sellers and established brands, it is indeed hard to make your product or service known. Jose then further expounded that it is not about revolutionizing the world, it is about winning. There is always the possibility of winning, so as a business owner, you and your own value prop really matters when it comes to those fine details that might have been overlooked by the big players. Not only that, but as a small or medium B2B, there are less hops to jump through when it comes to making changes. For example- a mom and pop pizza place can slash it’s prices by 10% overnight using a chalkboard and immediately see the effects on it’s business. For Papa John’s or Pizza Hut to do the same thing, it would be a long drawn out process between dozens of gate keepers and decision makers over the course of months.  In addition to how it is all about winning, he also said that there is no need for you to crush your competition’s into dust, you just have to be a little better than your competition. In baseball you can win 10-0 or 1-0. The outcome is the same.

He visualized this with an analogy about Usain Bolt, how his consistency is the key for his multiple victors. “If you’re competing in your space and you say, okay, I’m one of four competitors consistently. So if you’re winning 25% of your bids then that means you’re basically in the middle of the road, you’re getting one out of four, you’re one out of four competing for it. If you’re winning one out of six, and you’re only one of four competitors, then you really have some lacks. Something is lacking in what you’re offering. Something’s not connecting for your target market or you’re aimed at the wrong target market, which is another real possibility. So the real winners of those battles are going win maybe not 100% of the deals, but they’re gonna start winning more consistent, they win 35% of those deals in a four way.”

“Little things are big things.” It’s about strategies and we are back to having a well-thought and laid-out plan — even if you, we, are not one of the big shots. Jose emphasized more on the topic by also tackling how a business should utilize what they have at the current moment, instead of trouble-thinking because they don’t have this equipment or that material or even the big budget, but make use of what they have in hand to win the race. “Until you get there we have to find ways to win the race… more consistently, more effectively, and at better prices than what you are getting.”

Competition in the business world is inevitable. You cannot really say that you are the only one doing this or offering that. There might be spaces where there are only a handful of players, as our speakers mentioned, but the second a price war is induced, all bets are off and it’s game on. In a commoditized market where everything is globalized and accessible to almost anyone in the world, it all boils back down to the offer you present and how it differentiates you from your competition.

The Kodak and Fuji debacle as a good example. “They were so focused on each other for film dominance that Kodak had the first patent on digital cameras issued in the US, but they didn’t understand the opportunity they had… Now everybody is a photographer, if you have a phone.” The same goes with which, I think, we can all relate to now: Netflix and Blockbuster, cinemas, and the like. Netflix is marketed very well particularly because of its convenience but of course, there are still consumers who opt for in-person theaters because there is indeed a very distinct experience from it than watching from your phone, tablet, or television, in the comfort of your own home. The streaming platforms disrupted the market- and suddenly Blockbuster and mom and pop video rental chains didn’t stand a chance. Even already lean business models meant to make video rentals easier for consumers were affected. I swear I haven’t seen anyone use the RedBox that is baking in the sun outside my local Walgreens in years!

Another aspect Sky pointed out is how the product or service is presented: “Not just sending them something, but sending them something to sign… It’s a little detail, but it helped us win business just because the competition wasn’t.” Jose agreed to this and referred to it as the competitive edge. “Those edges were little things that not necessarily that your product was intrinsically better, which is the intuitive reading of that said.” The business world is complex that even proposals can be the same, you can’t expect people to spend a big chunk of their time trying to understand whatever it is you are proposing to them. This tend to confuse them and lower the chances of getting signed. Although there are some who prefers going deep into the details and digits, but the right amount is always better — get to the point.

Well, I’ll also get to the point. Just like what Sky said, it’s not about finding the bully who beat up the people, it’s about helping the beaten people, listening, teaching, and giving them ways to be better, defend themselves, and maybe win.

On this episode of If You Market podcast, Sky Cassidy sat down with Jose Palomino of Value Prop Interactive and tackled how small to mid-business also deserves a well-thought, laid-out, intentional business planning and making them win. 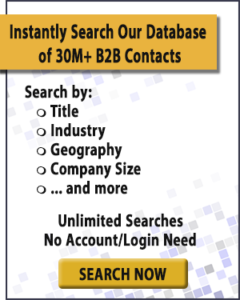